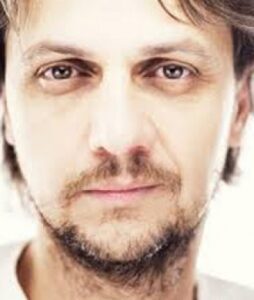 Born in 1971 in Bratislava, Slovakia.

Awarded the prestigious Master QEP by FEP and “The Leadership Award” in the field of portrait photography, by the International Photography Council which operates under UN auspices, both in 2010.

The Master Qualified European Photographer – “Master QEP” award is the highest recognition given by the Federation of European Professional Photographers (FEP). Over the years, only 38 European photographers have received this award.

Since 2008, president of the Slovak Association of Professional Photographers SR (APFSR).

Member of the Master QEP and QEP jury since 2009.

Chairman of the jury of FEP’s European Fine Art Photograph of the Year Award in 2011.

Lectures and exhibits his work internationally at photographic forums and congresses such as France, Ireland, Italy, Hungary, Austria, Slovakia, Denmark.

Runs a studio in commercial and portrait photography in Slovakia.

Martin says about his work: “The most important inspiration for me has always been the power and the magic of light. I learned the true meaning of the word photography as literally the drawing of light. Ever since this intimate discovery I have seen and see the light. Everywhere. All 24 hours of it. I always see nature’s astounding and beautiful existence clothed in its infinite wardrobe of lighting.

In the beginning I could not afford professional lighting equipment so I was forced to create my own, which I still use and prefer. It changed my vision of the world around me, allowing me to perceive so many things which are normally invisible to our biological perceptions. Truths hiding just out of sight. New visions, new versions of reality which nature teases us to discover so that we can be witnesses to the infinities of perception and existence.

After what seems like an era of advertising and artistic photography, the door to Feng Shui and its magic world of ‘seeing energy’ opened for me. It is here that I find myself now. Adding to the forces of light, the invisible but more encompassing forces of living energies. Energies which create and are created by light, shadow, and life itself.”