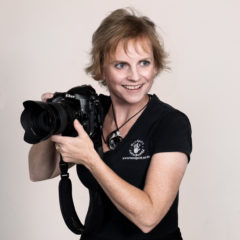 Kylie Lyons has been a professional photographer for 30 years’ operating her small boutique studio in Sydney Australia photographing weddings/portraits and commercial assignments.

Kylie graduated from the University of Western Sydney in 1994 with a Bachelor of Arts in Design – majoring in Photomedia. She began work before graduating at a North Sydney based Pre Press Bureau where it was her job to put together the photography department. The work was purely commercial based and concentrated on products and packaging, all the while working in the background on her own wedding photography business.

In the year 2000 Kylie decided to take the plunge and become self employed as a wedding photographer. With her husband Peter they purchased a church built in 1884 and called it “The Old St Thomas Chapel” thus creating a unique niche market with their heritage wedding Chapel – The only one of its kind in Sydney. Still concentrating on mainly weddings Kylie’s photography business started to grow into the portrait market as previous clients began to have families.

Today Kylie concentrates more on commercial assignments again, enjoying the freedom of all genres of photography that come through her door. She is known for her food photography and shoots regularly for local magazines, she is also concentrating on a series of art inspired portraits.

Kylie joined the Australian Institute of Professional Photography (AIPP) in late 1999. Immediately she volunteered her services to the New South Wales (NSW) State Council to be their newsletter editor. This resulted in a position being offered on the Council – which she held for 10 years, the last 5 being in the office of NSW State President.

In 2010 Kylie volunteered her services to the National AIPP Board and took up the role of Vice President. Working with an active team much change was brought to the Institute including the organization of a new annual conference, Folio assessments for membership entry and a Continuing Professional Development program to name just a few. In 2012 Kylie was elected as the National AIPP President and set about streamlining the Australian Awards system. Introducing a new judging system wholly owned by the AIPP and seeing membership numbers jump to new all-time highs.

She is a valued state, National and International judge and panel chair and has a very unique understanding of the Australasian awards judging system. She has lectured both in Australia and New Zealand and has been part of the AIPP Mentoring Program helping up and coming photographers in the business of running a photography studio.

Kylie has been a member of the World Photographic Governing Committee since 2014.