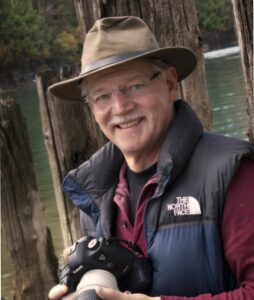 MacGregor Studios started in 1974. The studio has grown from a humble beginning in an apartment to a 500 sq ft store front and finally to a 3500 sq foot building in Vancouver. The studio has gone through several changes over the years. Wedding photography has comprised approx. 40% of the studio business and has been consistent over the years. Graduation portraits were a foundation in the 70’s and 80’s. The 90’s saw a dramatic focus on Lifestyle family and wall portraiture which now comprises almost 70% of the studios sales. The studio focuses on wall portrait and wedding work only and low volume.

The awards podium has been visited virtually every year since obtaining membership. Best of class, Gallery, Epcot, Fuji and aggregate awards in almost every portrait and wedding class and in many cases the awards have been received numerous times (ie wedding album awards more than ten times, portrait of a Women … 7 times and the list continues etc.)