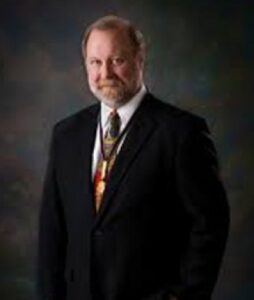 At the age of twelve, Don received his first medium format camera as a gift from his grandmother after a visit to China. This created a love for photography that has lasted a lifetime. His senior year in high school, Don photographed and published his first church directory. His first prom to photograph was his own senior prom. After going off to college to get a degree in business, he opened Don’s Photography Studio at the age of 20. Dickson said “I look back now and wonder what was I thinking, both my parents were school teachers and I had never heard of a trade association. All that I knew about photography and the business of running a studio, I learned on my own.” It was that first year in business that a friend invited him to a Texas Professional Photography Association convention. That first convention led Dickson to a lifetime of association work.

He received his Master of Photography degree from PPA in 1988, the youngest recipient at that time in the state. He was also the youngest President of the Texas Professional Photographers association, the largest PPA affiliate in the country.

His love of education was expanded when he joined the staff of the Texas School of Professional Photography as registrar in 1990. After working as registrar for 5 years, he was elected as the executive director, a position that he still holds today. He has developed the Texas School from around 140 students to over 1000 in 2012. Dickson continues to claim, “Photography education is critical in our ever changing industry, the only way to get ahead and prosper is to continue to learn and study what the new technology has to offer. This is the most exciting time our industry has ever seen.”

After serving with the Winona Trustees and PPA education committee, he was elected to the board of directors in January of 2005, serving as President in 2011. He is respected in the entire industry as a leader in the education field. Don received the Garhart Bahker award in New Orleans at Imaging USA in 2005. This award is PPA’s highest award for excellence in Education. His love and passion for photography shows in all the aspects of his life. He has been married to his wife Charlcey for 33 years and has two children, Kyle and Suzanne.