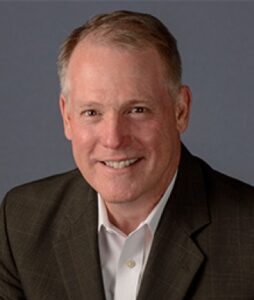 Since taking over as CEO of Professional Photographers of America, David Trust has helped lead the world’s largest photographic association to its most successful years in 134+ year history. However, David wasn’t always an association executive. He spent 11 years in television news as a reporter and anchor – most of his work in hard news and investigative reporting. He successfully transitioned that career by making the leap into marketing, eventually heading up corporate marketing for St. Jude Children’s Research Hospital in Memphis. David joined PPA as its first Director of Marketing in 1998, and took the helm as CEO just a little more than a year later in 1999.

Leading what he calls the “best association staff in America,” PPA has since set numerous records for membership growth, attendance at Imaging USA, and Professional Photographer Magazine circulation. In 2000, David led PPA into the fight for photographer’s rights on Capitol Hill as a founding member of the Copyright Alliance. He is a regular presence in Washington, D.C. and has been called on to testify before Congress in defense of photographers on multiple occasions. In addition to marketing topics, David is a proponent of leadership development and speaks around the country on leadership issues.